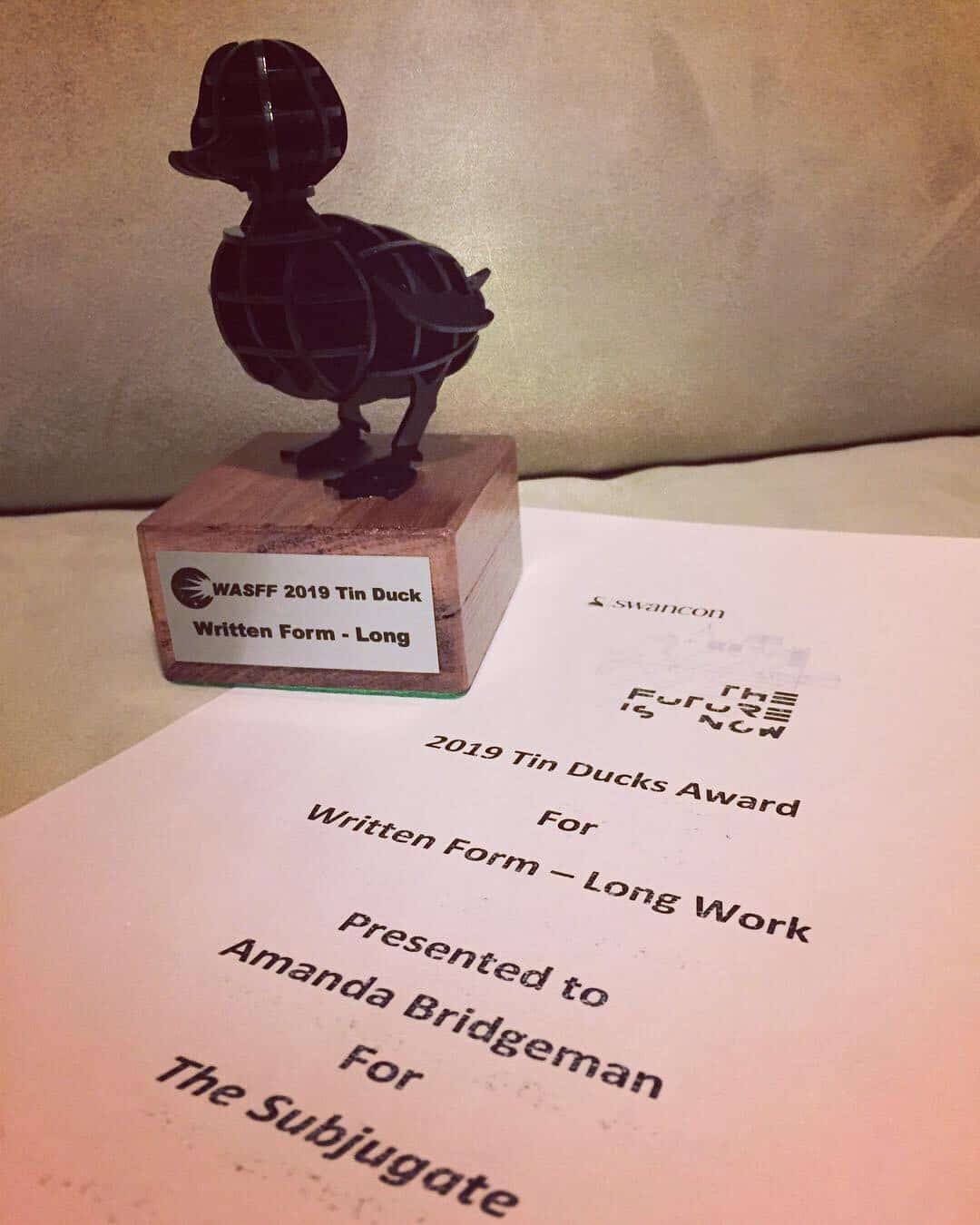 So this happened! I won a Tin Duck Award for The Subjugate (Best Written Form – Long Work)!

The Tin Duck Awards are the Western Australian science fiction achievement awards. They are given out annually at Swancon and voted on by members of the convention.

The trophies were made by David Gunn (the duck was 3D printed!), and I think they’re awesome.

This was my first ever award win, so I was pretty chuffed! I’m proud to have received it in my home state, too.

Thanks to the organisers at Swancon, those who voted for me, Angry Robot Books, Alex Adsett and my family and friends for their support!